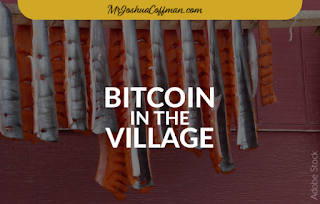 Young people learn from an early age the never ending cycle of taxation and inflation. Maybe it’s just because we all live in the same world of the US dollar but it’s a burden that is shared by millions of people around the world.

Bitcoin, or digital cash, appeals to these young people. Why? Because Bitcoin is actually an asset (even according to the Robert Kiyosaki definition). Bitcoin is deflationary in nature and as such it is actually a good investment.

So how can Bitcoin and other forms of digital cash, aka cryptocurrencies, help Alaskans?

1. Young people are looking to make real money, so while they may not work for your normal US dollars, they may be motivated to work for digital cash like Bitcoin.

Alaska has a large population of people that are either on welfare or live off of other people’s money. They may be unmotivated to work for the US dollar because when they do, they will lose “benefits” that they get from the Department of Social Services. Food stamps and other “allowances” come with close restrictions. Or they may just be opposed to the idea of actually helping the US fund it's wars of aggression. *yes I'm a NAP guy

Bitcoin offers these people a way to work without fear of losing their welfare benefits. Many of them would gladly stop using their welfare if they could afford to. But they can’t afford to get out and start working for 20 hours a week at $9.50 an hour. Because then they would lose some benefits or be forced to work even harder at recording all their income to prove their eligibility.

However, if they earn Bitcoin and spend that Bitcoin without ever touching the US dollar, they can keep that cushion until they get decent job that isn’t minimum wage. This is a free market opportunity to evade the overwhelming governmental oversight.

So, Alaskan’s that are bold enough to adopt some Bitcoin and pay young people to do odd jobs, graphic design projects, manual labor, and other typical “under the table” jobs, can help bring a new generation of labor into the work force.

These people need practice. They need someone to give them an opportunity to spread their wings.

2. Bitcoin is a great donation platform.

Corporations and individuals that help those in need can also easily accept donations via the peer to peer economy. And many people that own Bitcoins are generous beyond belief because they have experienced so much increase in the space that they feel obligated to pay it forward.

Smart people will undoubtedly figure out how to help homeless people with Bitcoin. Churches should definitely clue in soon to the digital cash economy. Other charitable organizations are quickly opening up their own wallets to accept donations and there is a groundswell of individuals that are using their Bitcoin to help those in need.

3. Bitcoin will drastically help the sovereign people of Alaska.

I would be very surprised if the Native corporations didn’t already have people working on implementing their own currencies or adopting Bitcoin. With digital cash, people that live in villages or other remote locations will still have access to the immediate benefits of banking.

One person in a village with a smart phone can be a bank for the entire population there. Simply by installing one app, there is an immutable record of each “wallet” that they create. And they can do that for everyone in their family, or even, like I just said, the whole village. There is an unlimited number of wallets that they can create.

There will no longer be a need to wire money to anyone. Simply go to your village phone banker and send your Bitcoin through them.

There is massive potential for changing the way that individuals can sell their goods and services. Without the need for US dollars, there is a whole new economy that opens up to these people that have little access to traditional banking.

Bitcoin will transform the world very quickly, it already has for a lot of people. And if it hasn’t affected you yet, be warned, it will. Even in far away Alaska, where we have little internet access in remote locations. The blockchain doesn’t need a lot of internet access and if handled properly can even be used with sporadic internet access.

I’m excited about the opportunity that Bitcoin holds. Now, I would like to clarify that if you make any profits from the increase of Bitcoin, you should definitely pay taxes on that. Be the most ethical person you know.

Other than that, be great! Long live Bitcoin.

If you want to help your village or community with Bitcoin and need help getting started, I would love to help you start learning about this platform. Before you contact me, get your Coinbase account started by clicking on the image below. You and me will each get $10 worth of Bitcoin once you deposit your first $100 into their system. 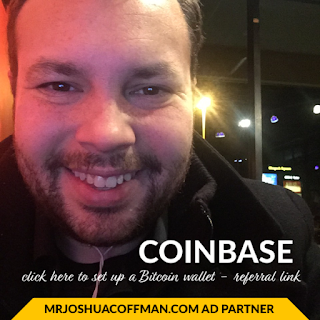