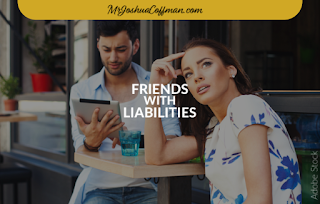 Whoever is not going for their potential is a liability to you and your potential. This isn’t just a motivational quote. It’s a dire warning. If you allow people into your life that don’t push you to keep growing and moving forward, you will find yourself in the death spiral of a lack of inspiration.

These friends with liabilities will stab you in the back. They will turn on a dime. They are already stabbing themselves in their back by not going for their own potential. They have given up on themselves, they will for sure give up you. Usually before you expect it. They will burn themselves, so you can expect they will burn you.

This is a decision that you have to make for yourself. Maybe you haven’t been going for your potential, maybe that’s why you’ve had time to hang out with them. Maybe you’ve been the stumblingblock for others. Maybe you’ve been the friend with liabilities. This isn’t a condemnation of you as a person. Someday, you may find those people take a 180 and begin relentlessly pursuing their potential. But until there is no doubt that they are going for their potential, cut them off. Stay away from them. Block their numbers.

You don’t need that negativity in your life. Be honest with yourself. Are you going for your potential? If not, who in your life has given up on their goals? Kill those people. Not literally but they might as well be dead to you. Don’t be sliding in their DMs. Don’t go to their house party. Stay away from that lack of passion and vision. Otherwise you will continue to be drowned in their self destructive habits.

I’ve traveled the country meeting new people, making new friends, learning new cultural norms. It wasn’t until I was in Alaska for 8+ years that I learned just how important it was to leave people behind. People change. They give up. Then they stab you in the back over and over and over. They do this because it’s who they are. Don’t expect to change them.

It starts with you, though. Be the change. Make a decision to go for your dreams and your potential. Then push through with more action until you’ve left all your friends with liabilities behind. Become a shooting star. And when you’re going at a strong enough speed, you will only be travelling with other stars.

Change your surroundings. Maybe you need to make a physical move. Just recently, I had to leave the state. I took all my shit and moved to Arizona. I needed a change of pace. I needed to leave my old friends behind. That’s when I found out who my real friends were. When I left the state, the friends with liabilities started stabbing me in the back. They exposed their real lack of ambition. It became abundantly clear who the real friends were, it was the ones that were too busy with their own potential to try to destroy my potential.

You could start with cutting off the negative media. The news is one of the biggest trash spewing cultural phenomenon to touch us today. Turn off the news. Go meet someone in your neighborhood. Go to the coffee shop, go to a potential clients business, go to the gym. Stop listening to the news. Get away from advertising that is trying to tell you how bad your life is. No matter how much Sean Hannity wants to convince you that he’s your friend, he is just a friend with liabilities.  Turn it off.

Like I said, it starts with you. There’s very few circumstances where you should confront these friends with liabilities. Usually the best course of action is to just start taking more action on your dreams. The friends with liabilities will either just fall away or they will start pushing back against your goals, they will tell you to slow down. Keep speeding up. Keep growing. Keep going for your dreams and goals and passion. 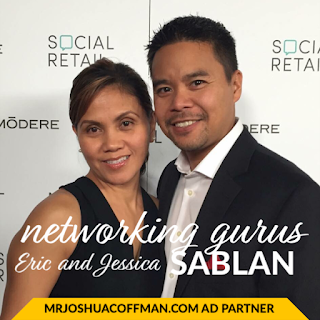 Labels: better to be alone than burn biblical friendships fake friends gossip hate how to find new friends my friend stabbed me in the back revenge success