Getting Girls By Acting Gay 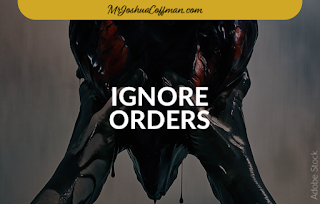 Losing a loved one to the sodomites is a frustrating thing. You can see their eyes turn dark. You can feel the dark energy begin to pulsate through them and it’s incredibly tempting to sacrifice your own morals to their degeneracy.

The strength of the darkness can even cause you to forfeit your children to the pain and violence of the sodomites. Don’t give in. Separate yourself from Sodom.

If you don’t leave now, you will find yourself shit-faced, getting fucked by your daughters in a cave. *Genesis 19:30-36

The sodomites are not your friends, they are just a bunch of vile reprobates that God has given over to destruction. You have had multiple opportunities to take you and your family out of Sodom and Gomorrah. Before you find your wife turned to salt, leave.

The sodomites will try to convince you that they are merely an alternative lifestyle. They will scream at you until you give in. They will unashamedly beat on your door wanting to have sex with your out of state visitors.

Their lack of conscience is no coincidence. They have chosen a religion that rejects Christ. There is no truth in them. They will lie to you and manipulate you until you succumb to their droning screeches.

You have chosen to live in a city full of these perverted, sick children of the devil. Leave. Don’t look back. Leave the well watered plains. Find somewhere where you can live in peace.

You will continue to fall prey to their propaganda when you see their wickedness everyday. They are the victims of God Himself. He has given them over. He hates the wicked everyday.

Their dark eyes are painted around with empty laughter and jovial calls from across the room. They play all day, looking for their next perversion. The beautiful men and women that work as the brand ambassadors for Sodom will soon find themselves burning in the violent flames of Hell.

Their gorgeous faces will melt. Their well exercised bodies will turn into charred, thirsty corpses. The sodomites have no hope, don’t be tempted by their siren like calls of pleasure and happiness.

Sodomites have ready allies in the feminist coven. The feminist witches seek to corrupt the men and will use any pretty bodied woman that allows herself to be cast under a spell of pride and vanity.

Unsubmissive wives, unloving husbands, and disobedient children tread dangerously close to the sodomites. And the sodomites are ready to embrace those people. They are ready to abuse them and suck them into their darkness.

This is not a condemnation. This is a reminder to turn to Christ while there is still time. Maybe you’ve come dangerously close to the line of Sodom. Turn back now. Christ is here to forgive the worst of sinners. But once you cross the line, there is no more opportunity for you. You have been given over.

Don’t cross that line. Turn to Christ now. Don’t be blinded by pride. Don’t be confused by family that is already reprobate. Fall on your knees. Repent. Leave the sodomites. Cut them off. Run.

There is room at the cross for the worst of sinners. Even the Jerusalem sinner can be saved, so there is hope for you. But once God gives you over, it is too late for you. Accept His gift of love and salvation. Accept His Son.

To become a Sodomite is not to become a servant of Satan. Sodomites aren’t serving Lucifer, they are serving the Almighty God. Everything they do is a judgement on this sinful world. They are fulfilling the will of God by destroying themselves. Don’t think that Satan has anything to do with their wicked perversion.

It is God’s pleasure to see them burn.