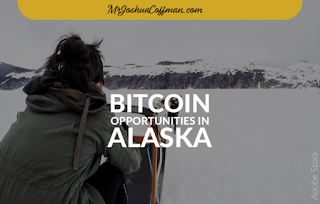 Here in Alaska, our economy thrives on tourism. Besides that, foreign influences such as Canada and Russia, not to mention many of the east Asian countries that are closely connected to our resources. Bitcoin has the potential to change our entire interactions with the world as Alaskan businesses and individuals.

There are three ways that Bitcoin will affect us in the next 10 years. Number one, is directly from tourists. One thing that American’s forget is that currency is typically a fragile thing. Many foreigners are turning to Bitcoin as a store of value. In the next couple years, business owners that do not incorporate cryptocurrencies into their business plan will lose business.

When I personally go to the fair and look for the vendor that accepts Square, you begin to realize that there is so much business out there that is going to walk right by you because you don’t facilitate their currency platform of choice.

A lot of Asian countries are quickly adopting Bitcoin and other cryptocurrencies. That tourism business potential is huge already and will only grow in the coming years. Korea is a great example, they are going through a slew of crazy political scandals and unrest and they are pouring in droves in the crypto world.

But tourists from all over the world really are turning to these digital currencies. Alaskan’s and especially those in the service industry need to consider the potential service they can provide for these progressive tech savvy tourists.

Okay, let’s be serious. The Federal government is treading a fine line with the deficit. At least the State government is taking our financial problem seriously enough to talk about it. But let’s be honest, several Alaskan municipalities are just teat sucking nurseries. The financial strength of our communities is weak at best. I’m looking at you too, native corporations.

And it starts with us as individuals, I’m tired of hearing people say “everyone I know is broke.” Alaska needs to get it’s financial house in order and it starts with you. Stop putting your money in a 401k. I won’t knock you for saving in US dollars, but you should really educate yourself on the Federal Reserve if you’re going to go that route.

If you really want to accumulate wealth, invest in your education. Learn about using Bitcoin as a store of value. Check out the incredible work of Andreas M Antonopolus. But don’t stop there, if you are putting money into the stock market, you are gambling. And if you’re going to gamble, you might as well take a bet on what I am offering you, which is Bitcoin.

Stop putting retirement money in Wall Street, stop putting your trust in the banks, stop buying insurance, stop gambling with your future. Either trust me or make an educated decision, Get into Bitcoin. Get a offline wallet. Take your retirement fund and put it on a hardware wallet. Do this before there is a massive financial collapse.

If Alaska ever defaults, which let’s be honest, we’re facing some crazy times, we are going to face a avalanche of businesses, companies and financial institutions that will either leave or be forced to change how they operate in Alaska. It won’t be the end of Alaska, but when it happens, those with liquidity will come out on top. And we know that in Alaska, liquidity isn’t just next month’s rent.

The third way Bitcoin affects Alaska is our decision. Either we will buckle down on the US dollar and become entirely dependent on the whims of the Federal government, which we’ve increasingly done over the lifespan of Alaska. Or we will take massive action and create our own economy.

And if we are bold enough, we could establish our own cryptocurrency and fund our own schools and healthcare facilities, we could provide our own insurance companies, we could fund our own military defense, we could take this all into our own hands, if only we had the courage to do so.

This sounds radical, it sounds revolutionary, but we as Alaskan’s have gotten soft. We have begun to enjoy the special attention we get from DC. Some of our politicians are boning up and taking massive action, but they need an army of businessmen to back them up and take heart in the face of change.

I hope every single one of you are constantly reading books, training, becoming a master in your industry or sector. I hope you’re taking massive action, learning about how the world works around you. I hope you’re passing on that training to the next generation. You should be writing a book about your experiences, you should start your own blog, Alaska needs you to take massive action.

We could become a thriving state that has massive influencers that own powerful assets. But it takes each of us as individuals to commit to our individual potential. 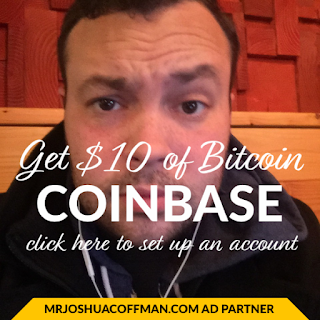