Not a Role Model 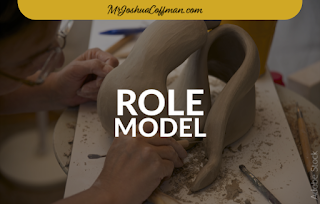 I've grown up in a Christian home and watched almost every single "role model" fall into sin. Even those with the tightest alibi's have had their ministries called into question after their death due to alleged misconduct. I want to make abundantly clear: I am not a role model.

There is a group of people out there who think that because they are in a stable place right now, they have the moral authority to tell other people how they did things right. That's okay. But if that's you, I'm warning you, in you dwelleth no good thing.

Someday, there will be a physical mark on those who cry over the sin in the world. But for right now, we live in a world where you can't see who the real people are and who those living in sin are. So I'm warning you right now, I am not a role model.

Who is the role model? There is only one. His name is Jesus Christ. He is revealed to us by the Word of God. The Holy Bible. 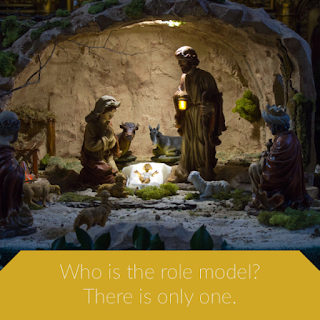 Even the smallest detour that I take as a human being from the example of Christ will destroy my life, without the grace of God that is. So don't look to me, look to Christ. Look to His excellence, His humility, His teaching. Find in Him the consolation for your brokenness.

I am not chasing people away. But I am.

Sometimes, in my sinful nature and sometimes in your sinful nature you will look to neighboring humans for emotional support. We turn to those we can see face to face to vent and share our problems with. But is it Biblical to do that, no. Jesus was not a marital counsellor, nor where any of his disciples.

Jesus didn't help people by coaching them out of their addictions. In fact, Jesus commanded the woman at the well to go call her husband, even though he knew that the man she was with wasn't even her husband. He wasn't giving her advice, he was drawing the woman's heart to the painful truth that she was living in sin.

I'll admit that I'm a sinner saved by grace. If you want to know what to do, don't listen to me. Go straight to the Scriptures. Pour over their words for comfort and guidance.

I am simply reminding anyone that reads my work to admit when they are weak. Don't try to justify your sin. Admit that you're making bad decisions. Admit that you are choosing sin because you are weak.

Call it how it is even when that shines the light on your sin. Because trying to live in sin and call it something else will only take you and your followers into darkness farther. Admit when you are blinded by sin, then stop it.

You are being followed by someone. No matter who you are and how insignificant your Facebook friends list is. There are people that are copying you.

That's why I'm telling you to not copy me. Instead copy Christ. And if you need to copy me because you are feeling weak, only copy the parts of me that are copying Christ. 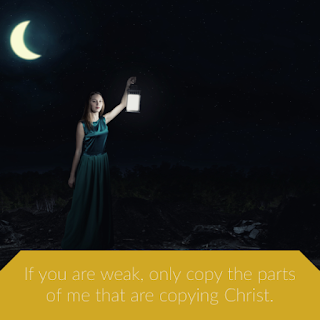 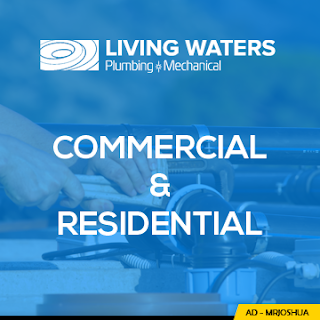