Three Things Alaskans Should Know About 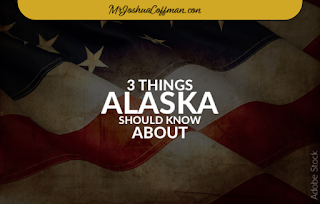 Alaska has two roads out. Both of those roads exit into a foreign country. So we should be aware of the problems our state, nation, and world are facing. Let's look at 3 important topics that Alaskans should be aware of.

For a short period, I worked in the meat department at a local grocery store (Fred Meyer.) At any given time we were about two weeks away from mostly empty shelves. In fact there was one point where our boat got held up and the meat spoiled setting us back almost a month in some of our products. This is a precarious situation. 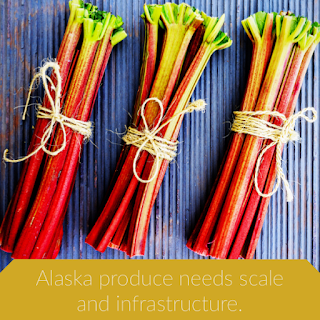 There are vast agricultural lands that our state has refused to fund developing access to. Maybe it's the private sector's turn to buy up the land and the access to that land and make Alaska great again. The one project that I'm really interested in is described in this article.

The MatSu valley is a great place to start but we really need to act quickly to either develop access to, or just offer homesteading to the ag land we already know about here in the state. There are passionate farmers that have been visiting this state looking for opportunity, but our politicians blame Washington instead of taking massive action here in their own neighborhood to drum up support for these projects. 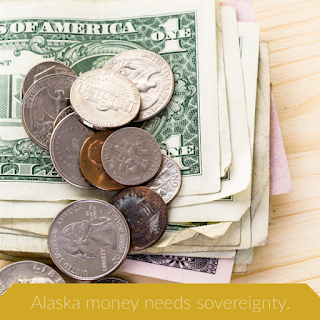 We already saw our state take big moves this last year by cutting the Permanent Fund Dividend in half. That was a big money move. They immediately funded a huge change at the Permanent Fund office and as far as we know they are hedging their bets against cryptos and doubling down on the US dollar.

Bitcoin is not going away. And if we push through and allow Segwit2x to become another altcoin, we will see (I personally think) Bitcoin and Bitcoin cash establish themselves even stronger. I don't think this is the time to bet on the dollar. The United States is a strong economic force, but I think that our sin will find us out, our nation is embracing perversions and continuing in it's wicked policies, even under Trump.

That is why I don't think the US dollar is going to stay strong. I personally think that the crypto space is going to continue to grow tremendously. And Alaskan's should really consider what's going on with things like Ethereum, and Monero, and Dash, and Bitconnect. Maybe we should consider starting our own blockchain.

Either way, the financial industry is going to change dramatically, and Alaskans especially should be interested in the markets due to our state's investments in funds and companies around the world.

I remember growing up, Alaska was like the Wild West in our subconscious. Alaskans were cantankerous old people that hid their gold in the ground underneath their cabins. Escaped convicts. That was the impression I got, even though I lived there in my early life in the middle of Anchorage. 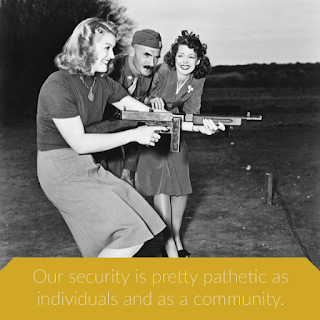 But a lot of Alaskan's have now embraced this idea that security isn't important. We are fast growing closer to the day that we implement national ID cards. Alaska has been slowly drifting from it's security roots for the past couple decades as more and more businesses have sprung up in Alaska.

Our inability to develop ag land I think is tied closely to our slow draw to complete surrender of our sovereignty. Individualism can only be really established when we turn away from our sin. In fact, sin is not freedom but slavery. Until we turn from our sin, we will never be secure.

But what steps can we take as a righteous people to be secure? Several thoughts: carry a weapon, use encryption everywhere, and don't go to crowded places late at night.

There's a lot more Alaskan's should think about but those were just 3 pressing things that I wanted to share with you guys. Hopefully we can turn to God as a people and be prepared for when massive changes begin to happen in the next 2 years.

This article is sponsored by Pho Vietnam. They are a Thai/Vietnamese cuisine with several locations in Anchorage. They have 4.4 stars on Facebook right now. 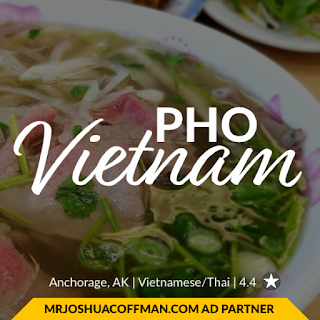