Why I Hate the Philistines 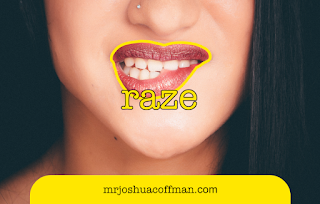 Why I Hate the Philistines
written by Joshua Coffman

No one likes the word. Especially those that know that they were responsible for protecting an individual and failed that one responsibility. To get wrapped up in a career, to start a new relationship, to find a new hobby. To no longer have to face the reality that you were passively involved because you arranged your life in such a way to not protect those in your care from rape.

How do we desire for those around us to confront the truth! Exploitation, degeneracy, corruption, blackmail, molestation, evil, perversion, and every form of Satanic darkness surround us. We see it behind the facade of sexual imagery and deviancy in Hollywood movies and music videos. But as if addicted to suicide, political groups of people insist on the adoption of lasciviousness in culture.

Molesting a child is a violence unforgivable. But yet the dark parts of our culture insist that an individual is more than their molestation of a child. How a parent can violate their child by continuing to excuse their molester is unknowable. The years of their failure as a parent are almost unredeemable. How strong must their repentance and rejection of the molester be.

If you are reading this, I hate each of the cowards that refused to protect their children from the pain of rape and molestation. And to continue on with your life as if your child isn't absolutely destroyed, how pathetic. May the innocent reader never show me forgiveness if I turn a blind eye to my children's innocence.

Weinstein, RDJ, and Cosby are just the public face of the vomit that exists in Los Angeles. But it doesn't matter what happens with celebrities if we don't clean house amongst our own first. When will those who are among us fall to their knees to beg forgiveness for protecting, enabling, or excusing known molesters in the family. Don't fear me, don't fear us. Fear God. His eyes are against you and you are dangling over the fire of a thousand licking flames. Before you are destroyed by the crushing power of His vice grip, break yourself.

The emptiness in pop music, contemporary Christian music, rap, modern country, and pretty much every other modern genre is reflective of the broken people that participate in the creation of it. Some of the musicians, writers, and actors are actually the molestors, but many of them are just the angry, confused, broken victims of the hidden darkness in our midst. There's a good chance that's why when you listen to their music you can feel the anger well up inside of you.

A time is coming soon where the land will be reset. Unless we immediately accept responsibility for our roles in this ungodly culture, a nation will be hired by God to come kill our molestors, our adulterers, our fornicators, our rapists, our murderers, and our sodomites. And that nation will not spare the enabler. Their violence will not stop until those that participated passively in the abortion industry, the human trafficking industry, and the thousands of individuals that enable molestors to continue unpunished.

There are no excuses for those reading this. Break off communion with anyone that you know is a molestor. Call the police. If you know someone is taking advantage of their position of power, be a part of the #MeToo movement and don't allow them to win. No matter the trauma you yourself has been through, you must stop it now. Disown family that enables rapists and molestors. Even if it causes discomfort in the short term.

Christ didn't come to abolish the law, He came to fulfill it. As He said "those without sin, cast the first stone." I've never molested someone, nor raped anyone, so I will definitely be willing to be first in line to throw the biggest rocks possible at someone guilty of such a crime. You will find no pity in my eyes for the wicked.
Labels: Alaskan rape problem Castro conspiracy theory pedogate pizzagate rant sexual predators sra Waghiyi